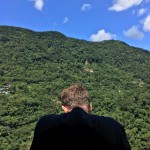 recieved his BFA from the Royal Academy of Art in The Hague, the Netherlands and completed a two year residency at the Rijksakademie van Beeldende kunsten in Amsterdam. Recent solo exhibitions include Paint wide Mouth white at Qingyuan art centre in Beijing, In the shade of the elms and willows, my friend drink until they are inspired at Goethe pavillion, Palais Schardt, Weimar and I wont have the luxury in seeing scenes like this much longer at DurstBritt&Mayhew in The Hague.

My painterly practice oscillates freely between figuration and abstraction with a specific focus on the relationship between Western and Asian approaches to landscape painting. I likes to think of painting in terms of reflection and slow evolution, not in stylistic shenanigans. Painting for me, should not arise as the consequence of any strict formal concept, but should weave a tissue of memories, experiences and ideas.

In the West we generally expect philosophy to come from books. In the East there is an awareness that philosophy may also comes from other things, like a rock or (visual) arts and crafts.

During my stay at Co-Iki I’m undertaking a personal search for Wabi-Sabi, the Japanese form of aesthetics that in its fullest expression can be a philosophy and a way of life. Wabi-Sabi objects are earthy, simple, unpretentious and fashioned out of natural materials.
What interest me most is that the beauty of Wabi-Sabi is a perceptual event. It happens when conditioned and habituated ways of looking at things fall away, when things are defamiliarised. Wabi-Sabi involves perceiving something extraordinary in something otherwise regarded ordinary.
I hope to clarify the transition of an object into a piece of Wabi-Sabi and how this information can relate to my own painterly practice. 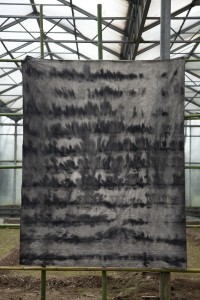 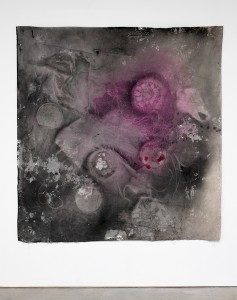 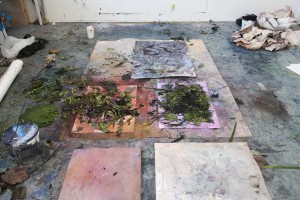 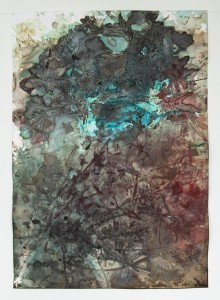