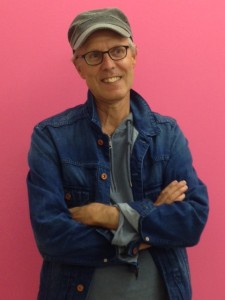 Bruno Z’Graggen, born in Zurich, Switzerland where he lives.He studied Social History and Art History at the University of Zurich and did a PhD in Social History.In 2000, he continued his education with a CAS in Cultural Management at the Lucerne University of Applied Sciences and Arts.2001, he started his activities as a freelance curator in arts. His first exhibition called «Iluminando Vidas» was a collaboration with 15 Photographers from Mozambique and opened 2002. After more shows in the field of photography, he continued as curator with projects in Contemporary Art and all medias. Since 2012, he runs the Video Art platform VIDEO WINDOW based in Zurich and realised several projects. Beside the curatorial work he is responsable for promotion of research at the University of Lucerne where he holds a part time job (50%).

During his five weeks stay in Tokyo, he will explore the art scene especially the video art scene. He is interviewing the director of the Video Art Center Tokyo, Kentaro Taki. One important objective are studio visits and interviews with Japanese video artists.
He intends to discuss with them their works, approaches, contents and forms and their position and situation as artists in Japan. At the same time, he will try to organise at the Keio University of Tokyo a screening event of a program called «Between Reality and Illusion» which contain works from seven Swiss video artists.

As he has not been staying in Japan yet, he is interested in general on the Japanese society and culture in a large sense from daily life and traditions, costumes, kitchen and eating up to classical fields of culture. Further more, he is interested on mega-cities and intends to discover Tokyo, its organisation and space for work and life of the people.